Much is being discussed in this present presidential campaign about the worth of women and girls -- their value in society, the integrity of their bodies and minds; their deserving of respect and freedom from violent assault. Indeed the very equality of women in the United States is at stake. First Lady Michelle Obama gave a moving and passionate speech in New Hampshire https://www.youtube.com/watch?v=r7e3QKKOp50 about the importance of rejecting the notion that so-called "locker room talk" is acceptable or meaningless. Rather her point was that accepting "LRT" not only demeans women and girls, but tells boys and men that harassing or assaulting women is a joke and is harmless. LRT

supports the notion that women are second class citizens.

Older women have been and are in this secondary position and know it well. So when a silver haired woman speaks out and reveals the truth of her life, she is not only silver or mature woman, but is a "shero", a Silver Shero.

Jessica Leeds who just outed D. Trump for his groping and grabbing and slobbering over her on a flight over 35 years ago http://www.nytimes.com/2016/10/13/us/politics/donald-trump-women.html is one such Silver Shero. Back then as a 30some sales woman and single mother, she was constrained from making a complaint or speaking out in any way. She could have been at risk of losing her job, especially as she was the only female in a previously all male sales force. But now as a 74 year old woman, she felt compelled to speak out. And did so effectively speaking to the New York Times on the 13th. She was asked why she had not spoken before and replied that the times were very different back then.

How true that was. Not only were the times different, but there wasn't even the language to speak about sexual assault or sexual harassment. Whereas sex discrimination had been illegal since that passage of the 1964 Civil Rights Act, anti sexual harassment legislation was not the law of the land until 1986! So prior to that legislation, it was nearly impossible for women to even identify what was happening to them, much less feel they had any chance of being believed or having any legal recourse. But as Ms. Leeds said, times have changed and not a moment too soon. Ten silver stars for Silver Shero Patricia Leeds!

When "Bless your heart" Really Means "F**K You! 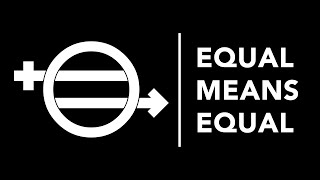 Welcome to Talking About All